Once upon a time a trip to the corner store would be a super quick affair. Choices were few and pantry staples were simple. These days though, the options, at least in the baking aisle, are endless. Flours, side by side, varying in texture grades, bleached, wholemeal, self-raising and we haven’t even left the wheat flours yet….Move a little further on the shelf and you’ll find coconut, rice, quinoa, soy, peanut, almond and the list carries on.

Now before you spend your hard earned ‘dough’, lets ‘sift’ through 5 of our favourite alternative flour choices that you simply ‘knead’ to try! (Please, appreciate the puns!)

Overview: Almond flour has quickly risen to be one of the most popular baking flours in most whole food eating, low carb seeking and grain-free households. Made from grinding what’s left-over from almonds after much of the oil is removed, almond flour adds a great rich flavour and moistness to your baking.

Nutritional benefits: Gluten free, incredibly high in nutrients, specifically Vitamin E and Magnesium. Almond flour has been shown to help stabilise blood sugars and lower blood pressure and cholesterol. This flour is energy dense and has 60% more calories than wheat flour and slightly more than most other alternative flours, but the nut flours healthy fats and protein keep you feeling satisfied on a much smaller portion.  Almond flour is low carb it is seen often in many whole food, low carbohydrate and keto recipes.

Culinary uses: Can be used one-to-one in recipes in place of wheat flour however it is quite dense and flat due to the lack of gluten.

Overview:  Oat flour is simply made by grinding up the same oats that you would use to make your morning oatmeal.

Nutritional benefits: Oats are touted as one of the most nutrient dense foods you can eat. A whole grain which is loaded with protein, fibre, vitamins, minerals and plant compounds, one of which is called avenanthramides. This particular plant compound has been shown to help lower blood pressure whilst another one called Beta Glucan has been shown to lower cholesterol, increase fullness and promote healthy gut bacteria.

Culinary benefits: Can be used one-to one in most recipes however, oat flour cannot be used on its own in baked goods that require gluten to help them rise slowly, such as yeast breads. However in this case you can substitute oat flour for all-purpose flour in a ration of 3 to 1 (and add a little more yeast).

Overview:  Like Oat Flour chickpea flour is very easy to make at home and is made from ground up dried chickpeas BUT can be found at most supermarkets too. It also goes by the name of besan flour, garbanzo flour, gram flour. It has an amazing nutty taste.

Nutritional benefits: Chickpea flour is jam pack full of healthy nutrients. It’s a great flour alternative. Gluten free and lower in carbs and calories (25% lower) yet higher in protein (60% higher) and fibre compared with wheat flour. High in antioxidants and polyphenols plus low in glycemic index.  Chickpea flour contains a good amount of resistant starch which is great for gut health.

Culinary benefits: For a good ‘wheat free’ bread mix try two parts chickpea flour to one part potato flour.  You can also replace up to 30% of wheat flour in a recipe without altering taste/ texture.

Overview:  FODMAP is an acronym that represents four groups of carbohydrates (or sugars) found naturally in a variety of foods. When FODMAPs are poorly absorbed in the small intestine they continue to the large intestine where they are fermented rapidly by the bacteria living their resulting (for some) in unpleasant symptoms. Fructan is a FODMAP which is found in wheat. Many of those avoid wheat thinking they are gluten intolerant due to their gut symptoms. It is possible however that they may be ‘Fructan’ intolerant instead. Low FODMAP Wheat flour has been specifically treated to remove this Wheat ‘fructan’. It is different to gluten (which is a protein) and the gluten still remains in this flour allowing for the usual baking benefits gluten containing flour can bring without the pain in the stomach.

Nutritional benefits: White wheat flour may not be packed with the same nutrient density of the other flours mentioned however it is low in fat provides energy and is a good selenium and manganese source. If used smartly with other nutritional ingredients the low FODMAP wheat flour can help to provide much needed variety to one’s dietary intake.

Culinary benefits: As it is wheat flour, the low FODMAP wheat flours still contain gluten. This means that they will have the same usability and stretch that normal wheat flour would and can be used in exact one-to-one quantities.

Overview:  Coconut flour is made from the dried coconut meat that is a by-product of coconut milk production.

Nutritional benefits: Gluten free high in protein, fibre, and fat which makes it a great substitute for regular flour to produce a more filling result.

Culinary uses: Coconut flour is a very dense flour and absorbs 6-8 times more liquid then wheat flour.  Unfortunately this means it can’t be substituted one-to-one in place of all-purpose flour.  Instead try using 30 grams of coconut flour for every 120 of all purpose wheat flour PLUS increase the fluids by the same amount (i.e 30 grams) in addition to recommended liquids. Alternatively, there are recipes specifically written with Coconut flour in mind which work beautifully.

So, there you have it. Variety is the spice of life and with a number of super healthy flour options available to use!

If you want to join 12WBT and have access to more recipes and plans, check out our website www.12wbt.com 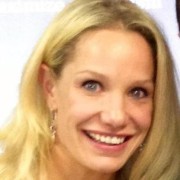 Amanda Turbill, APD, MNutr&Diet, BSc (Molecular Genetics)
A self confessed foodie, nutrition nut and fitness advocate. Amanda gets to live her passions daily as a Dietitian with 12WBT. Having been a high level gymnast until her late teens she still tumbles to this day and believes to maintain life balance it's important to find ways to incorporate 'play' to daily life . A Bachelor of Science (Molecular Genetics) and Masters in Nutrition & Dietetics she has over 20 years working across all clinical nutritional specialties with a particular interest in Nutrigenomics, food allergy and food intolerance. Amanda is a proud mum and is always keen to help other parents nourish, and stay active together with, their own families.

Tips For Moving Past Negativity

Words: they’re the backbone of all human communication. Yet most of us don’t ...