Reviewed by: Erica An, APD, BNutr&Diet

As an Accredited Practising Dietitian I was pretty excited to get a phone call from ‘The Surfing Scientist’ Ruben Meerman who was doing some research. He wanted to pick my brain about weight loss. Little did I know he was calling up 150 other ‘experts’ for the same reason.

He asked me straight out and on the spot, ‘When we lose fat, where does it go?’ Immediately and confidently I said, “it’s converted to energy and used”.

He recorded my response, said thanks… and that was it…

Turns out 98% of all ‘experts’ who were asked this same question were WRONG.

When I found out my response was incorrect, not only did I feel embarrassed, I also felt an incredible desire to actually find out where fat goes when it’s no longer a measurable digit on the scales.

So here it is… when we lose fat, it’s converted to carbon dioxide and water. Yep, you read that right… CO2 & H2O.

We literally EXHALE the carbon dioxide and lose the water via sweat and other bodily processes. It took me a while to process that… How could it be, that we breathe out fat? Right away I am thinking we all need to take up meditation and yoga to simply breathe more deeply! Unfortunately, it’s not as simple as that.

The only way you can consciously increase the amount of carbon dioxide your body is producing is by moving more. The research out of the University of New South Wales explained that by simply going for a walk (or doing active household tasks like vacuuming and sweeping) triples your metabolic rate and as a result, you exhale out more carbon dioxide.

So, consuming a diet that supplies less fuel than you burn (via huffing and puffing), will get that fat loss happening… but what about those pesky fat cells?

The only way to rid the body of fat cells is surgical removal (think liposuction… eeek!). Fat cells unfortunately lay dormant in your body, just waiting to refill the next time you eat MORE and move LESS. That is why people who go on drastic diets to lose weight fast, often regain the weight quickly. Especially if they have not changed the way they approach food and exercise long term.

When we lose fat, it’s expelled via the body as carbon dioxide and water. But keep in mind, those fat cells haven’t vanished. They’ve simply lost weight…just like you.

Maintaining a healthy relationship with food and moving regularly is (and always has been) the best way to manage your weight and your health, for life.

Also read: A guide to swapping ingredients in a recipe 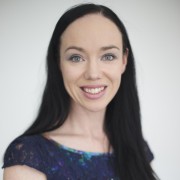 Lisa Donaldson, APD, M.Nutr&Diet, B.Edu
Lisa is the Lead Dietitian for 12WBT. With a Masters in Nutrition & Dietietics as well as a Bachelor of Education, Lisa is keen to help all 12 Weekers understand how to achieve health for life. Lisa studied Sports Dietetics at the Australian Institute of Sport and has a keen interest in gastrointestinal health. A highly regarded communicator, Lisa is a spokesperson for the Dietitians Association of Australia, the ‘Dietitian in Residence’ at the University of Canberra and a lecturer at the Australian Defence Force Academy. She has also been an expert on ABC Television’s Ask the Dr Series.

After a long day of work, running errands or looking after the kids, ...